Creative and looking for develop continuously

Born into a prosperous and well-known family in Guadalajara, capital of Jalisco, the second largest city in Mexico, Ricardo Lujan is the eldest of two brothers. His parents are both from Nayarit state, his mother from the coast and his father from the highlands; The young Ricardo learned very early on about the cycles of life and how food eaten in spring was entirely different from that in the autumn. His grandfather planted bananas near the river, peanuts higher up on the land and other crops all in different places where they grew best. Ricardo remembers his childhood traveling across small villages, lakes, valleys, mountains, mangroves and beaches, where the food reflects the personality of the region and its people, its culture and festivals, at once seasonal and regional.

He studied art, majoring in sculpture and in 1997, took his first culinary job at Café Picasso. After working there for one and a half years, Ricardo had a meeting with destiny. He went on a short holiday at San Luis Potosi, and at the Matehuala crossroad, he decided to head north to Monterrey: “La Sultana del Norte” (The “female” Sultan of the North), where he set up home in the Barrio Antiguo and started work in Constitucion 300; a hotel.

After eighteen months he came back to Guadalajara and started to work in Suehiro, an iconic Japanese restaurant in operation since 1975; Ricardo considers Fujimura-san as one of his greatest mentors, learning from him the correct way to treat and respect all kinds of produce, conceptualizing avant-garde recipes which enhance and highlight the characteristics of the raw materials.

His next destination was Puerto Vallarta, at the Mayan Palace Nuevo Vallarta, where he gained an opportunity to move to the Mayan Riviera and manage the opening of Secrets Capri by Am Resorts and Azul Beach Resort by Karisma.

In October 2005, Ricardo received an offer to transfer to Los Cabos as Chef de Restaurant for La Casona, a restaurant specializing in fine dining and a Steak House in Villagroup; after four years, he was promoted to Executive Chef for the whole complex Villa La Estancia: a residential privately owned complex.

Ricardo collaborated with the University UNIVER for four semesters, and was one of the first graduates in Culinary Arts in the town of Los Cabos.

Ricardo Lujan is a member of the Vatel Club, through which he receives the opportunity to participate in charity events like El Arte de Los Once, Chefs Al Rescate. In addition, he is part of CANIRAC and has participated three times in Sabor a Cabo, the most important and representative Culinary festival representing the Baja Sur region. In 2012 The Cabo Cook Book was published with an article on La Casona with himself as chef.

Ricardo was the winner of the Northwest region of ‘ Cocinero del Agno’ 2012, and in the same year participated in the final round of ‘ Bocuse de Or’ Latin America: both famous cooking competitions.

In August 2013, Ricardo started a new adventure in Myanmar, a South-East Asian country which has just opened up to the world after over sixty years of military rule. Living in a kind of time capsule, and bearing witness to the many changes, as well as integration between this culture and the globalized reality has been very rewarding for him. Moreover, the culinary tradition in Myanmar is alive with many old traditions and reflects ancient customs, unique ingredients and a lot of personality in the execution of its cooking technique. Finally, by traveling around the neighboring countries, Ricardo has experienced a panoramic gastronomic adventure, each place visited with its own flavor and surprises. ;)

The way how to express

My first cooking teacher was Mom, my first culinary job at 1996

Simply tell me what you're craving! I would love to create the perfect menu for your special occasion in Yangon.

I can do weddings, birthdays and corporate events in Yangon. You name it!

A longer stay in Yangon? I'm available for holidays, on a daily basis, and so forth. Just let me know!

Trust me as a culinary consultant to help you with your concept in Yangon. 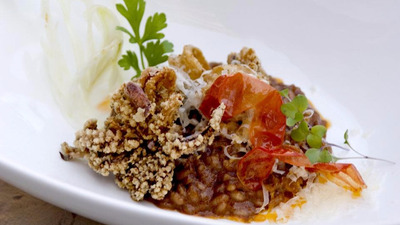 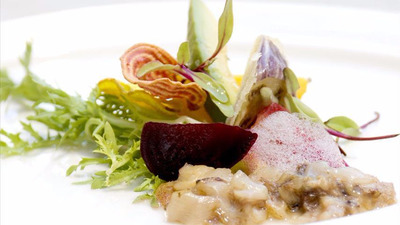 Book your experience with Chef Ricardo