Chef Dyllon E. is a self-taught chef with over 35 years of experience in culinary arts. Over the past 7 years, he has hosted over 2,000 guests under his roof when he introduced the unique concept of home dining to Kuala Lumpur after relocating to Malaysia from his native city – Colombo, Sri Lanka.

Prior to moving to Malaysia, Chef Dyllon was a Radio DJ with E.FM & ABC Radio where he had the opportunity to be a Documentary Host.This opened many doors for him in both the F&B and entertainment industry globally as he had the privilege to travel abroad and meet many celebrity chefs and entertainers.

From his international travels, he realized the current dining trends of A-listers – healthy but delicious food and a bespoke dining experience that had constant interaction with the chef as the meal was prepared in front of their eyes. This inspired him to convert his private residence in upscale Mont Kiara, Kuala Lumpur into a cozy dining venue for the discerning guests who wanted to experience this concept at an affordable price.

It didn’t take long for this unique dining concept to catch on as word-of-mouth was the best form of advertising for the hipster and expatriate communities residing in the capital city. Chef Dyllon was soon approached by the main digital food platforms such as Loca Lokal, Plate Culture, Dine-In Malaysia, Loco.My and Oca Host which were the main F&B Apps that gave him an even wider reach to diners around the Klang Valley and abroad. He was also recently featured by Traveloka & was the very first Home Dining Chef that they promoted alongside other unique & prestigious restaurants.

Chef Dyllon’s unique take on the cuisine that he prepares is simple -  he just wants his guests to eat healthy food WITHOUT labels – i.e. there’s no national or cultural identity attached to his dishes. His gastronomical philosophy which is also his key to success is using local fresh ingredients, innovating the use of spices and cooking without oil.

His recent projects include a series of private dining sessions for the C Suite of Shell & RHB Group where he further perfected his signature dishes of Coconut Roti, Claypot Chicken Curry and Pressure Cooked Mutton. He does not include pork or beef into his dishes and has extensive experience in preparing flavorful vegan and vegetarian dishes that have both local and international appeal.

Cooking gives me great pleasure and it helps me to communicate with total strangers where they become my friends.

My mom and my late mother in law

Keep it simple and always experiment.

I can create a menu based on your preferences to enjoy in the comfort of your home in Kuala Lumpur. Simply tell me what you're craving!

I can provide catering services in Kuala Lumpur for weddings, birthdays, corporate events and more.

Hire me as a culinary consultant in Kuala Lumpur to help you with your restaurant.

Weekly healthy meals in Kuala Lumpur, prepared in your home or delivered once per week 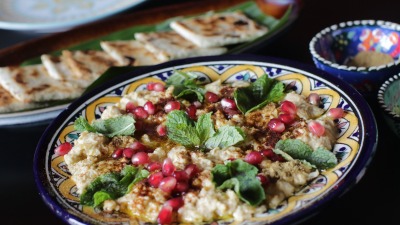 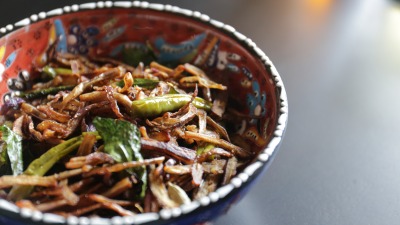 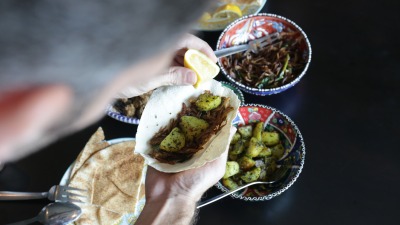 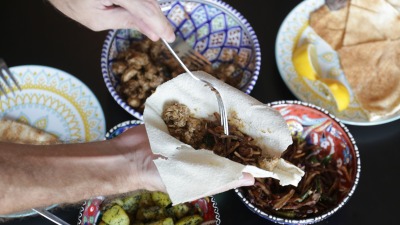 Excellent, recommendable and definitely an experience to repeat